Planning To Get
Dental Implants In Pune?

Dental implants are the ideal replacement for missing teeth. Receive the highest quality implants – now at a special offer from Lifeberries Healthcare.

Fill up the form and we will call you back

Do you need Dental Implants?

Keeping the 3 most important factors of form, function and aesthetics in mind, dental implant in Pune are the ideal solution of replacement for missing natural teeth. Whether you need to replace few or all of your teeth, you will notice a few striking benefits:

Before and After Pictures

Dr Ameet Luthra is one of the Finest Sonologist I trust him completely with his sonography and reports.. The Environment of the Clinic is super Awesome and really appreciate the staff members who keep followup with the patients and are very Warm 5 Star to the complete team of LIFEBERRIES... u all are doing GREAT JOB..

~Nupur Zargar
Went there because of teeth problem, and the doctors are professionals and very gentle since i was in lot of pain. I was crying during some of the procedures but the doctors were patient with me and helpful. They were explaining step by step, what would be done and answered all my extra questions with no botheration. I just want to say, - Thank you - to the doctors who solved my teeth problem. Especially to Dr Surbhi Bhatia L the root canal specialist she was very patient with me when i was very emotional and very much in pain during the procedures, she never behaved like she is tired of me instead she helped me to see that all the pain will be worth it in the end. And all of them together are a great team patient, caring, smiling.

~Angela Strezoska
Had my teeth fillings done on 31st Dec. My second ever dentist visit in my life so was very sceptical and nervous. The Dr who treated was very patient with me. Gave me time to relax before starting with the next tooth. Was not in a hurry to get it done with, and took her time to ensure I was comfortable. I had nothing to complain about as it was a good experience and appreciate they take customer service a top priority. I hope they keep it up.

~Jerry Vaz
Came for a wisdom tooth extraction and the procedures were class apart and the treatment was done very well.. The surgery went well and the recommended medicines gave good effect for early curing.. Thanks a lot!!!

~Saravanan Cholarajan
I was a little skeptical while selecting Lifeberries for my dental treatment however turn out to be my best decision for root canal and tooth extraction. The team here is awesome in making you comfortable with strong follow up on your appointment. Thanks Lifeberries team😊

~Swapnil Shah
Had dental treatment here for my husband's dentures.It was quite a nice experience with the overall team.good place for all your dental needs.must visit!

~Kumud Sharan
I had undergone a root canal treatment here. All the doctors were thoroughly professional and highly skilled. The admin team did a great job in the end to end management of the entire process. Very clean and hygienic place. Happy with the outcome 🙂

~Tanushree Saikia
Was my first visit and I was very apprehensive of the services in the start but at the end of three days, 5 fillings and a clean up , i am glad that i came over to this place. The doctors were all very knowledgeable and considerate of all my queries and concerns. Great place.

~Abhishek Kumar
Have had a lot of dental work done here… almost my whole family… things always go well. Highly recommend… All of the staff are caring, professional, and go out of their way to ensure that your experience is a great one! Great service and care, from the front desk to the Doctors, Thank you!

~Ash J
Went to Lifeberries after severe pain in my teeth. Dr who attended me was very helpful in explaining the cause and treated with utmost care. I was surprised to know that procedures could be done without any pain.

~Himanshu Mehta
Excellent Experience. Doctors were very supportive and they addressed every one of my queries. I am very satisfied with the service. Doctors are very knowledgable in every aspect. During the procedures and even after, no pain was felt which according to me were excellent jobs. Highly appreciated.

~Ashish Kamble
Was a great experience and friendly docs. Went in for a general cleaning but convinced that i have to get my wisdom teeth extraction done here. Definitely a great place for family plans, planning on that as well

Hear It From Our Patients! 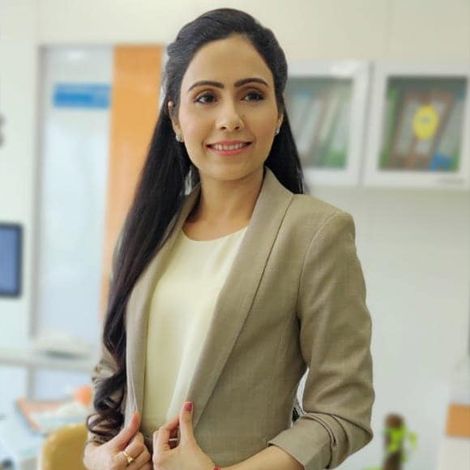 Through her relentless efforts and exceptional educational background, Dr Surbhi Bhatia L stands as an expert doctor who believes in providing the best dental treatments at affordable cost. Winner of various awards and the recent one which Dr Surbhi Bhatia L received is the “Times of India Icons of Health Award”.
Read more 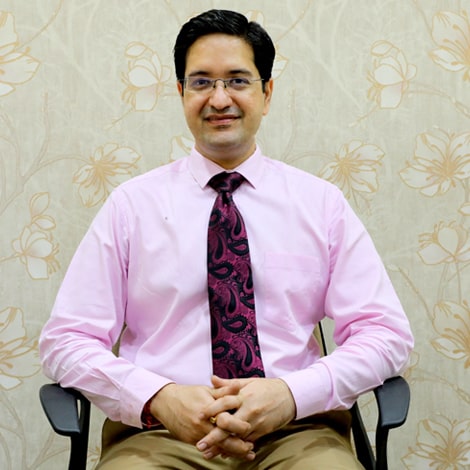 Dr Ameet Luthra, the best Radiologist in Pune, is passionate about updating his professional knowledge regularly and puts lots of efforts to keep update with advanced technologies & methodologies providing the latest and best affordable diagnostic tests to his patients.
Read more 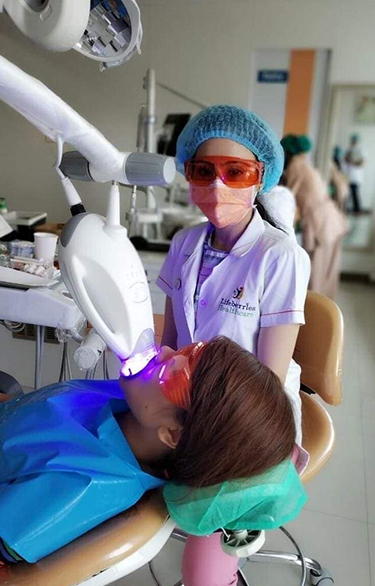 We not only treat our patients, we also try to understand their concerns and provide them with best dental care. 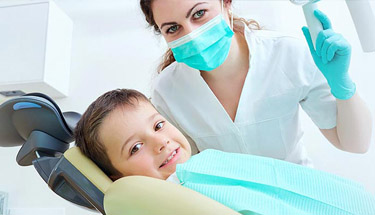 With the use of the latest and best technology, be it for kids or adults, we make sure all the procedures are done with minimum pain. 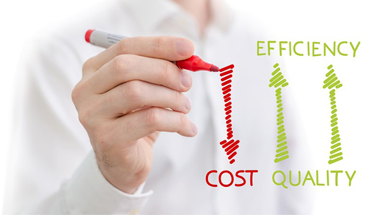 Our dental procedures are performed by expert dentists at an affordable cost with easy installment options. 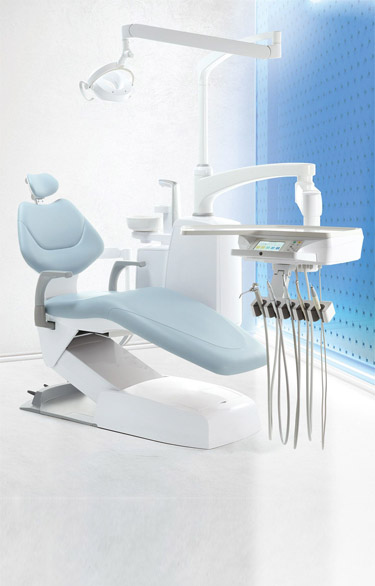 State Of The Art Clinic

We provide you with state of the art ambience to make your dental visit relaxing and comfortable always.

More On The Procedure

What are dental implants?

Implants are the closest when it comes to replicating a natural tooth in form, function, and appearance without affecting the neighbouring teeth, and for this reason, dental implants have become widely popular.

Dental implants are placed in the following cases:

What is involved in getting a dental implant?

The first step to get a dental implant done is a thorough examination by the dentist using clinical examination and dental x-rays, and then preparing a treatment plan based on this examination.

This is followed by a surgical procedure. This step involves opening up of gums and drilling the jawbone in the area in which the implant has to be placed. The implant is then placed into the jaw bone and the gums are sutured (stitched) back.

The implant takes about 6 to 12 weeks to fuse with the surrounding bone and become stable.

A small attachment, known as an abutment is then placed on top and measurements are taken by the dentist, along with the bite and shade of the patient's teeth.

Crown is then prepared based on these measurements in the dental lab, and after checking the bite and shade, the crown is placed on top of the implant.

Thus, the dental implant along with the crown resembles a natural tooth in function and appearance. If you are looking to undergo dental implant in Pune, then Lifeberries Healthcare is the best option.

What are the advantages of dental implants?

Dental implants have numerous advantages, which are:

How painful are dental implants?

Local anesthesia is administered before the procedure, and antibiotics and pain killers are prescribed by the dentist after the procedure, preventing any kind of pain or discomfort to the patient.

How successful are dental implants?

The success of the implant usually varies depending on its position in the jaw, any underlying medical conditions, whether any additional procedures such as bone grafting or sinus lift was done along with the dental implant, etc. But generally, when done with precision, and when taken care of by the patient the success rate of implants is usually about 98%.

From the patient’s end, the same amount of care is to be taken for a dental implant as for a natural tooth which includes brushing, flossing, rinsing after every meal, use of mouthwash.

How much does a dental implant cost?

With the advancement in technology, the procedure of dental implants in Pune has become very common.

Additional procedures such as bone grafting, direct or indirect sinus lift, extraction and immediate implant placement will cost you more.

Full mouth implants, which may be removable or fixed implant-supported dentures or all-on-4 or all-on-6 implants will cost you more.

Unfortunately, insurance does not pay for dental implants as they consider it as an elective procedure. A few insurance companies may pay only for the crown being placed on the dental implant.

How can Lifeberries Healthcare help you?

If you are looking for the best dental implant clinic in Pune, Lifeberries Healthcare is your one-stop solution to provide you pain-free implant procedures, and giving you a high-quality replacement to your natural tooth. Implants replicate your natural tooth in form, function, and aesthetics.

At Lifeberries Healthcare we have the best dentists for implants in Pune.

Typically replies within a day